At a recent meeting, the Oklahoma Turnpike Authority gave the go-ahead to issue more than $1 billion in funding as part of its multi-billion dollar expansion plan.

These various projects include the widening of sections of the Kilpatrick and Turner toll roads and the controversial construction of new toll roads in Cleveland County.

Now that the Turnpike Authority has passed the resolutions, the OTA must seek approval to issue the bonds from the Oklahoma Bond Supervisory Board and approval of the Oklahoma Supreme Court.

He can then go ahead with his building plans. According to the Secretary of Transport Tim Gatz bond funding is quoted as “quickly the right course of action” and that it ensures that the OTA does not avoid anything. 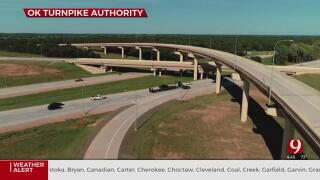 However, many people who came to the meeting are still protesting the construction, especially the planned Turnpike expansions in Cleveland County.

Pike Off OTA, a group challenging the power of the OTA to use bond financing, estimates that around 600 homes could be on the causeway route.

The OTA says it doesn’t currently have an estimate of how many homes will be affected, it estimates the agency will begin contacting homeowners next spring.