On a chilly Tuesday in March, things heated up at the monthly meeting of the Martin County Water and Sanitation District. A delegation from the isolated community of Tomahawk, near the Johnson County line, sat across from the water board, staring at council chairman Jimmy Kerr with burning, furious eyes.

An older woman with a tight bun spoke, her words stern and cutting. Her name was Sue McGinnis.

“Della Barton,” McGinnis said, “she had to move out and bring her mother who’s lived her whole life who’s sick, and has Alzheimer’s and is sneaking out of the house and won’t come home, because they have no water and can’t take care of it.

Tomahawk does not have water lines. Residents once used wells, but coal industry activity has clouded the water. A previous county administration, with a federal grant from the Abandoned Mining Lands Fund, orchestrated a temporary solution: a water vending machine that accepts tokens purchased in the county. But more than two months ago, the device was vandalized. This means there is no water at all, except for the limited amount the county has started supplying them every Friday. Like the coin machine, it is not a free service; customers pay cash.

Another Tomahawk resident, Tammy Lewis, stood up front and turned to the water board, who were arranged behind a table and shifting uncomfortably in their chairs. She appealed to the council for a water pipe in her community, to end the mess once and for all.

“I mean, it’s just been chaotic,” Lewis said. “The water situation is chaotic. What are we doing to try to get results on this? »

After a moment, Council Chairman Kerr spoke up.

“I’m really sympathetic to your situation there,” he said apologetically. “I can say that I thought about it a lot. And what we can do, you know, fiscally, for the water district, that’s just not something we can do… not yet.

Privately, Water Board members say they’re tired of being seen as the poster child for water issues in the state, but there isn’t enough money or resources to sort it all out. Martin County’s water main repair process is frustratingly hands-on – patching leaks, digging up pipes one by one to see if they’re broken, and fixing them. It’s painfully slow and labor-intensive, requiring frequent water shutoffs and boil water advisories. 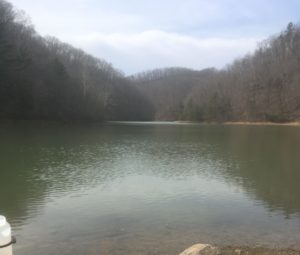 As for laying down a whole new line? That’s out of the question in small, remote communities like Tomahawk. Resources are scarce, says the water board, and they have had to scrape for every penny. And everything is a competition.

Martin County may have some name recognition, but it’s just one of many counties and cities across the country eagerly awaiting grant funding from the bipartisan federal infrastructure bill. The bill, which was passed in November 2021, includes helping struggling communities for multiple issues, but in rural areas, one of the main focuses has been water infrastructure. The money is promised to flow through states to local infrastructure authorities and development districts, and finally to utilities – but there is a lot of need, and the communities that need the money the most fear they won’t have enough, soon enough.

Prior to the March board meeting, Martin County community organizers Nina McCoy and Madison Mooney spent the day monitoring local waterways for contamination from metals, chemicals and bacteria. As McCoy lifted a sample bottle of water from the creek, she recalled the latest development in the county – a rate hike, recently approved by the Kentucky Public Service Commission, which is expected to raise rates to county water at 85% above 2017 levels.

Martin County has a poverty rate of 34%, more than double the state average of 16%, but its residents now pay the highest base water bill in Kentucky. The measure was intended to compensate for a continuous water loss rate that fluctuates between 70% and 80%. The average rate of water loss in the United States is about 16%. 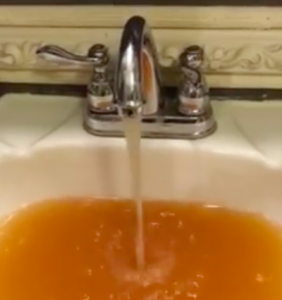 A still from video of dirty water in a Martin County home. (Photo courtesy of Mountain Citizen, via Ohio Valley ReSource)

The base rate for monthly water bills in Martin County is $70, but McCoy estimates many of his neighbors pay double that. Mooney agreed, saying she didn’t know how far it could go before people just refused to pay.

“Everyone is on a fixed income like they already are,” Mooney said.

The water board insists the rate hikes are necessary to keep the district afloat, but, says McCoy, it won’t work if people can’t pay. If rates continue to rise, McCoy fears Martin County residents will be pushed deeper into poverty, and the influx of federal funding won’t help, as larger municipalities with higher bidding power get subsidies. She believes that more interventions are needed to direct funds to the poorest water districts.

“Let’s not just consider who can write the best grant. Let’s see where the need is,” McCoy said.

Despite rising rates, McCoy is cautiously optimistic about growing trust between local authorities and taxpayers. Yet McCoy worries that despite all the progress, inequality is being built into the system.

“The money will go to the richer places like it always does,” McCoy said, as she gazed at the reservoir that holds the county’s drinking water. “That’s what I’m afraid of.”

Martin County is not the only rural area struggling with aging water supply systems, but one of the most famous. But being cash-strapped and sparsely populated worked against that, despite the county’s demonstrated need.

Lindell Ormsbee, a professor at the University of Kentucky, directs the Kentucky Water Resources Research Institute. According to Ormsbee, many districts in the state and region need big fixes to their systems. And they are all competing for scarce resources. 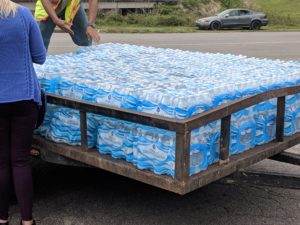 “We have this problem with all these water utilities, now we’re going to pour in, you know, billions of dollars to try to help fix it,” Ormsbee said. “But we have a limited number of contractors who can do the job, don’t we? There are limited supplies, we have huge supply chain issues.

There is also a labor shortage – due to stagnant water utility wages, advocates say, or perhaps population loss, or a combination of factors. Water main repair and construction jobs are demanding and, in places like Martin County, often don’t pay more than $13 to $15 an hour. On top of that, the jobs require skills and training that are expensive for rural utilities.

Ormsbee says that while federal money is available to fix the problem, fixes depend on the free market to come true. And contractors may simply not be attracted to poor, rural counties facing labor and supply challenges. He recalled a particular case where the lack of competition between entrepreneurs actually made things more expensive.

“You have someone showing up to deliver their offer, en route to the parking lot,” Ormsbee said. “They see if someone else has come. When they saw no one else came, they took their offer and just wrote down the increases and all the costs because they knew there was no competition.

Kentucky received $250 million from the American Rescue Plan Act for clean water projects. But despite the county’s demonstrated need, which could exceed $50 million, Martin County got just under $412,000. The county was operating from a lower subsidy rate due to its small population, which is just over 11,000.

According to the Kentucky Infrastructure Authority, this will not be the end of ARPA funding for water districts in Kentucky. Two additional funding pots totaling approximately $100 million are targeted to underserved rural communities. Grants will be awarded on an ongoing basis until funds are exhausted and grant terms will run through 2024. 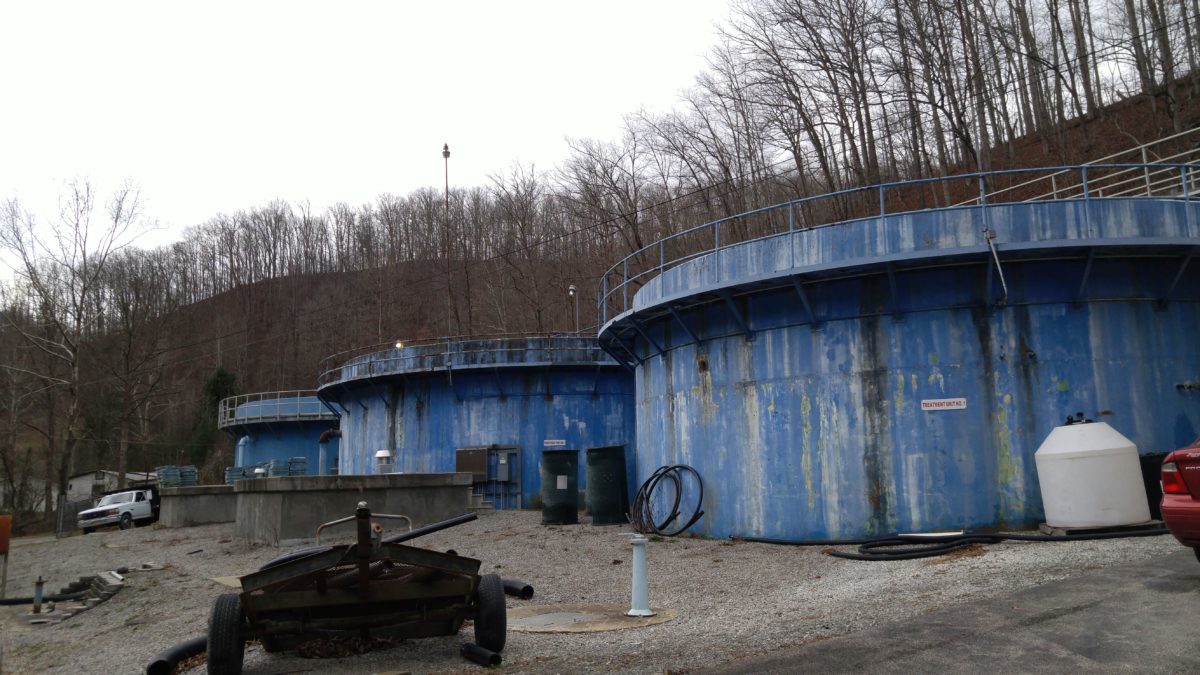 Meanwhile, Kentucky is set to receive $647 million from the federal infrastructure bill for drinking water projects over the next four years. Funding for the bipartisan infrastructure bill will be made available through the Drinking Water and Clean Water Revolving Loan Programs, with an initial call for applications to be launched in the fall of 2022. Proponents fear the windfall will always be exceeded by overall needs and without more funding, taxpayers will continue to shoulder the burden.

After the March water board meeting ended, board members expressed their frustrations more openly.

Craig Miller is the director of Alliance Water, the private company appointed by the Public Service Commission to manage the county’s water system. He said politicians need to be realistic about how sweeping measures like the infrastructure bill will help communities like Martin County.

“If you’re campaigning or using a community as a platform,” Miller said, “don’t make me sit down in meeting after meeting after meeting telling you what we’ve accomplished this week, this month, this year. , then hand me a $412,000, double check and act like everything is going to be fine.

Local officials know that competition for infrastructure project grants will be tough. The chairman of the board of directors, Kerr, is therefore preparing to get off to a flying start.

“It worries me a bit, but I’m an optimist by nature,” Kerr said. “I think if we’re persistent enough, we’ll get our fair share.”