On a cold Wednesday morning at Atakumosa East LGA in Osun State, Isaac Obadare and a member of his team were tenaciously working to produce seven 25kg drums of palm oil.

The worker washed the fruits inside a pit – the local presser – while Obadere operated the digester – a machine used to crush sterilized palm fruits into fruit pulp.

After a few minutes, Obadare left the digester and pointed to palm trees, using their height to highlight the differences between hybrid and “local” seedlings.

Obadare lamented his limitation in access to hybrid seedlings which he says are more productive in terms of growth, tree health, product quality and quantity.

The farmer said he was using an “outdated” mechanical digester, adding that he would produce more and faster if he had access to production machinery available in countries like Malaysia and Indonesia – the Nigerian counterparts in the global palm oil industry.

According to a PWC report, Nigeria is the fifth largest producer of palm oil in the world, with less than 2% of the total global market production of 74.08 million metric tons.

Malaysia and Indonesia combined produce about 80% of total world production, with Indonesia alone responsible for more than half.

Obadare sits on a large rock at his palm oil farm.

“It’s not that I can’t produce more than what I’m doing right now, but where’s the money, where’s the land? The seedlings are not even there,” he said.

“The palm oil trade is capital intensive and [those of us] who have small farms like this cannot survive without help, whether from the government or any other non-governmental organization. 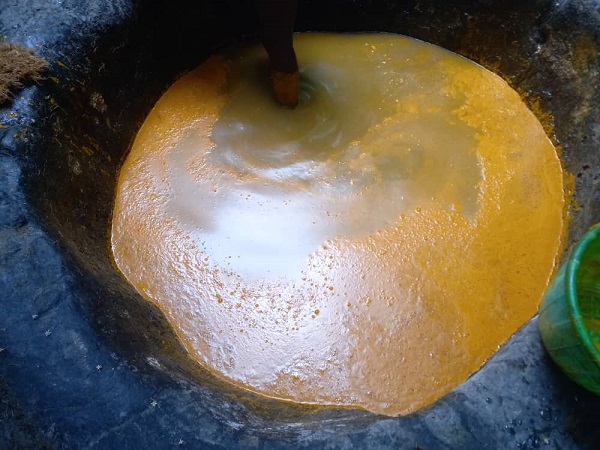 Christopher Robert, another farmer from Ika North-East LGA in Delta State, says he has been in the palm oil business for 25 years.

He listed the problems faced by smallholder farmers to include inaccessibility of finance for productive seedlings, modern machinery and the lack of adequate regulation.

Robert also lamented the influx of overseas-produced palm oil into the market, adding that this trend is making business difficult for him and other farmers.

“The biggest challenge is that we don’t have funds from outside organizations. So we depend on what we can invest. And sometimes our input is so small that our output is so small,” he said.

“Prices fluctuate, it becomes unpredictable to know when to store, because it is by storing that we earn our money. If the prices are stable, when we produce, we can afford to keep some. At the end of the season, when the price increases, you can sell and earn money.

“But then the government grants a license to an importer, they bring in these products to flood the market. And once the market is flooded, then almost nothing is done.

“There is a technology, but it is beyond the reach of the common man.” 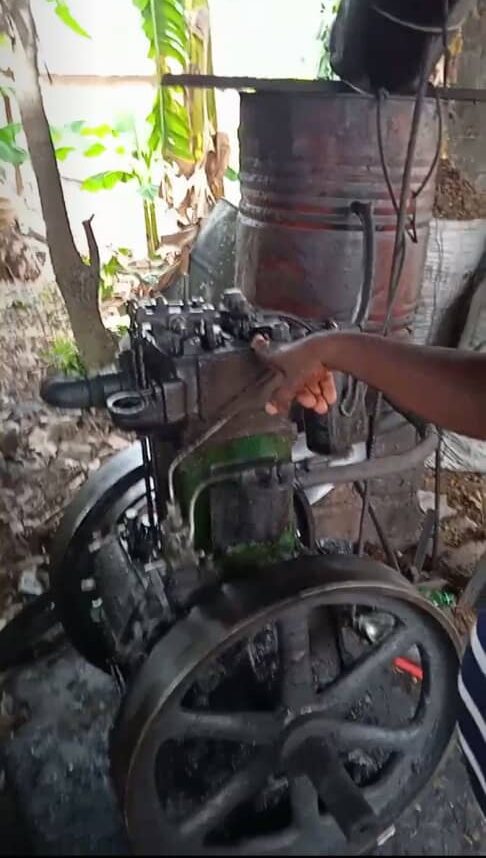 Robert said that although there are different types of seedlings on the market, the federal government, through the Nigerian Oil Palm Research Institute (NIFOR), can make those of the highest quality accessible.

“Most of what we buy on the market right now is 70% grain and 30% juicy. By the time the farmer starts production, he gets almost nothing from his hard work.

“We’re really talking about 50% fruit and 50% pits or 70% pits and 30% juicy fruit, so the moment you put your energy into production, you can smile in the bank.

“If the government is interested in helping, it should start at the grassroots.”

When asked if he had tried to tap into the federal government’s Anchor Borrower Program (ABP), a program launched for small farmers in 2015, Robert expressed skepticism about the initiative.

“The Anchors Borrowers program is a story. We only hear from them,” he added. 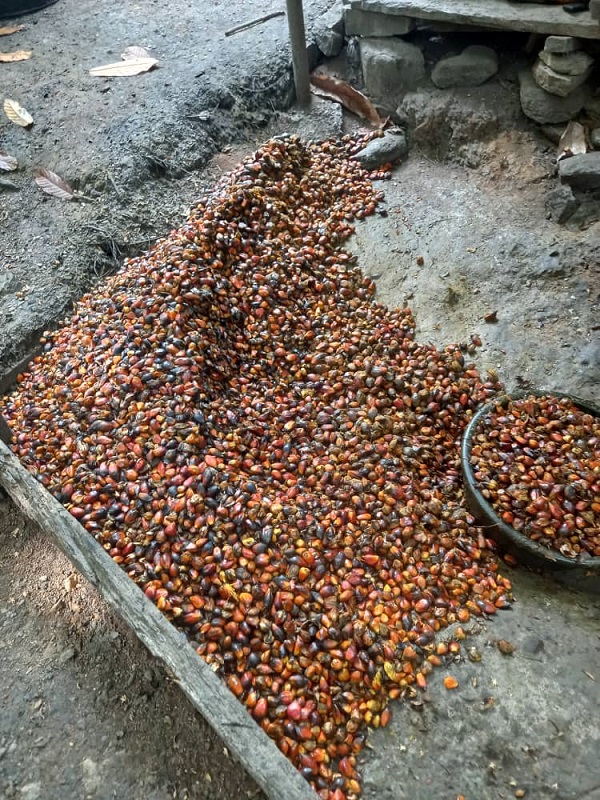 The Central Bank of Nigeria (CBN), in 2015, launched the PBA to provide single-digit interest rates on loans to farmers through depository banks and other participating financial institutions. 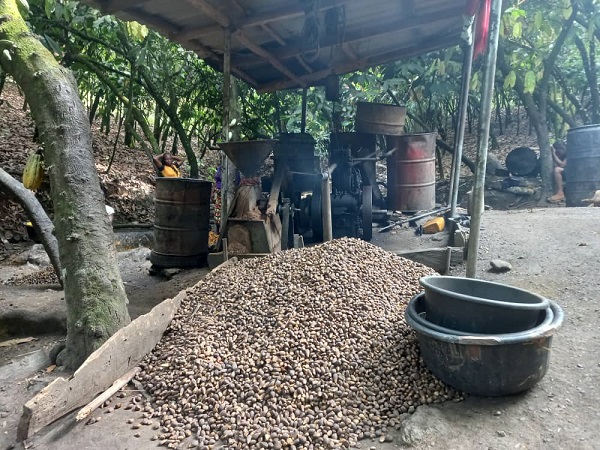 According to PwCthe country’s palm oil industry is largely dominated by smallholder farmers, who account for more than 80% of local production, while established plantations account for less than 20% of the total market.

“The dominance of smallholder farmers in the palm oil market has resulted in low production relative to the country’s production potential,” the PwC report said.

“This is because local farmers’ manual harvesting techniques are outdated, which often results in significant waste during the harvesting process. 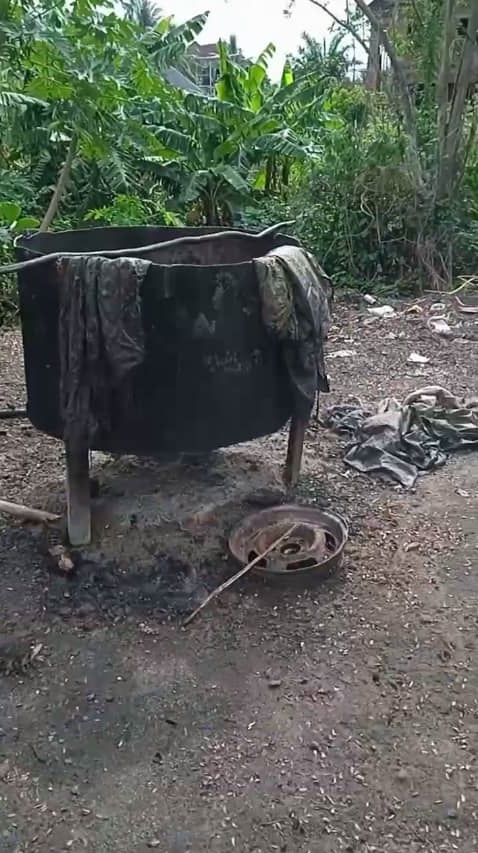 “In Nigeria, lack of investment in palm oil extraction technology and technical incompetence/inadequate training has resulted in poor management of palm oil plantations over the years, forcing some d between them to cease their activities”.

In 2021, Niyi Adebayo, Minister of Industry, Trade and Investment, mentioned the palm oil sector can grow Nigeria’s economy by a billion dollars.

But to achieve the envisioned goals, small-scale farmers like Robert and Obadare need to feel firsthand the impact of the government’s initiative to enable the local palm oil industry to thrive and produce enough for consumption and consumption. ‘export.